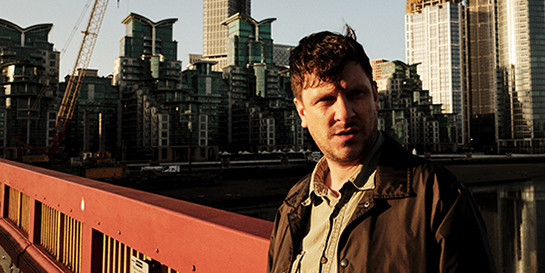 Singer-songwriter Jamie T’s first album with Polydor, The Theory Of Whatever, is heading to number one later today, securing his first chart-topping record.

The album, Jamie’s first release since 2016’s Trick, was announced in April with a tongue-in-cheek asset across socials sharing snippets from the record.

In May, Jamie’s first single in six years became the Hottest Record In The World on BBC Radio 1, and soon after made his live return at London’s Subterania on May 11. Jamie then performed the lead single, The Old Style Raiders, alongside the classic Sheila on Later With Jools Holland just ahead of a momentous headline set on the John Peel Stage at Glastonbury. The performance saw Jamie trend in the Top 5 on Twitter in the UK and was the perfect set up for the announcement of his first UK tour in six years. The tour sold out almost immediately, becoming Jamie’s fastest ticket sale, doing over 35K tickets within a day, with Alexandra Palace selling out within 20 minutes.

Turning to press, a cover feature with DIY kicked things off before universally positive reviews rolled in with 20-plus 4* reviews from the likes of The Times, NME and MOJO, while the Guardian, The Observer and The Sunday Times gave Jamie Album Of The Week.

This week, the promo team delivered Jamie an A List single on BBC Radio 1 and BBC 6 Music, alongside a daytime playlist at Radio X who also gave the artist two tracks of the week. Last night, Jamie celebrated the album with two intimate shows at Banquet Records. He heads off tomorrow for a series of acoustic shows across the UK.

Ali Tant, Polydor head of marketing says, “Jamie T's influence is clear to see across new artists today. The Theory Of Whatever easily sits alongside Panic Prevention as his most complete album and cements him alongside the likes of Damon Albarn in the God tier of artists. Every single person in the team who has worked on the campaign has taken it as a personal mission to cement the man’s legacy. It’s not just that this is Jamie’s fist number one album, which is obviously amazing, it’s the fact that we feel we’ve contributed bringing a new generation of fans in to discover him.”