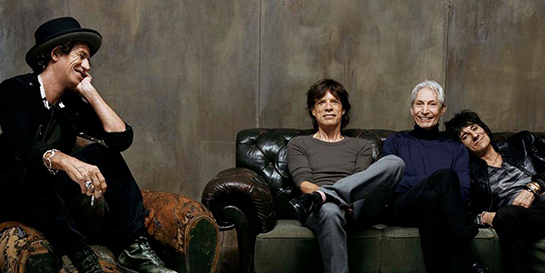 Mercury Studios have announced a word-exclusive four-part series of films, My Life As A Rolling Stone, which will premiere on BBC Two and BBC iPlayer this summer as part of the broadcaster’s celebrations for 60 years of The Rolling Stones.

The landmark series, produced by Mercury, will tell story of the world’s greatest rock ‘n’ roll band in a way that has never been done before – by viewing the band through the musical lens of each member, delving deep into their personalities, passions and memories from the past 60 years. Four hour-long films, each an intimate portrait of Mick Jagger, Keith Richards, Ronnie Wood and Charlie Watts, show how these individual musical geniuses came together to make the music that has provided the soundtrack to the lives of millions. The story of Charlie Watts, who sadly passed away in August 2021, will be told via tributes from his fellow band members, musical peers and admirers along with archive interviews of Charlie.

The films, which will be distributed internationally by Mercury, feature unrivalled access to, and newly-filmed interviews with, the band members, and from a stellar cast of artists who’ve loved and been inspired by the band, including P.P. Arnold, Chrissie Hynde, Slash, Rod Stewart, Tina Turner and Steven Tyler. The series is directed by award-winning filmmakers, Oliver Murray (Bill Wyman, The Quiet One) and Clare Tavernor (Keith Richards: A Culture Show Special).

Mercury Studios CEO, Alice Webb, says: “Every now and again, as filmmakers we get to work on extraordinary projects – this is one of those moments. We know their music, their swagger, their unrivalled stage presence – and through these beautiful, intimate films you’ll see the band in all their glory as we explore what makes them truly great. It’s been an honour to work with The Rolling Stones to shine a light on their incredible lives and careers – we can’t wait for audiences around the world to see them.”

Lorna Clarke, Controller, BBC Pop, says: “What better year for the BBC, in its centenary year, to pay tribute to and celebrate one of the world’s most significant rock groups, in their 60th anniversary year. The Rolling Stones have been ambassadors for great British rock ‘n’ roll for decades and are loved the world over, so I’m thrilled that the BBC is able to present this very special season of programming, including the world-exclusive TV series, to our audiences.”