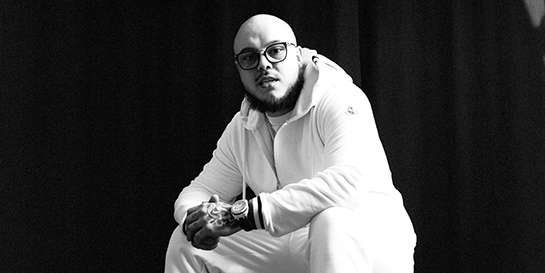 Potter revealed the track list for the album, which features collaborations with fellow Universal Music artists Unknown T, Digga D and M Huncho, in a widely shared video on Twitter in September.

Dedicated to his day ones that have been waiting in anticipation since his 2017 hiatus, the artwork pays homage to the long-lasting groundwork they’ve put in with a heart-felt response from Potter, “I never did this for no charts, no radio, none of that means nothing compared to the genuine love and support you all showed me and continue to show me day in, day out”.

With a full campaign set to be unleashed, Potter has already graced the cover Trench Magazine while making appearances on Snoochie Shy’s BBC 1Xtra show and DJ Target’s Tonight With Target, which showcases the best of Black British music.

Potter has just finished a UK-wide tour with shows in Leeds, Bristol, Birmingham, Manchester, Liverpool as well an explosive set at Wireless Festival.