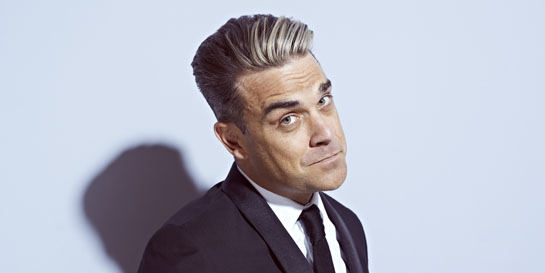 Robbie Williams was crowned king of the charts yesterday when his latest album, Swings Both Ways, beat off all comers to notch up the landmark 1000th number one album release in the UK.

It was fitting achievement:  the first album to top the album charts in July 1956 was Songs For Swingin’ Lovers from the master of swing, Frank Sinatra.

Swings Both Ways marks the 114th number one album of this decade already but will there be many more?  Some media commentators have been readying the format’s obituary since iTunes launched and with single track downloads booming, what’s the reality? Overall, album sales are down just 4.2% this year in a world where streaming is becoming increasingly important. Defying all predictions, sales of compilations are up more than 7% and around 44m physical albums have sold so far this year in the UK - an 11.2% year-on-year fall but still representing 62.9% of the market. As Williams – and his nearest rivals for the top spot Eminem and Jake Bugg – prove, there is life in the old dog yet. Robbie with this Offical Charts Number One award

Brian Rose, the MD of Universal Music UK’s commercial division argues that the album is as important as it ever was, even if sales of its physical version are declining.  “For those people who say that it is an old format, I would argue there are many new ways to engage with an album (digitally).”

The way consumers are purchasing albums has changed from a few years ago.  The journey from buying a single and then moving to album purchase is still taking place, but it can take longer to complete.  “Fans of a band will buy an album from day one, but what we are seeing in the digital space is that it can take three or four tracks before you get someone to move to buy the album outright,” says Rose.

The knock on effect is that the shelf life of an album nowadays is much longer.  Typically up to two years.  “We might not be seeing the same huge sales on artist albums in week one, but over a period of time and through the release of a number of singles and the broader campaign the volumes are significant over 18 to 24 months.  It just takes longer to convert people to buy an album.”

In practice this means Jake Bugg’s new album Shangri La, which sits at number three in the album charts this week, will re-ignite sales of his self titled debut Jake Bugg, which was only released in October last year.  “The great thing about that is a lot of people who bought Jake’s first record will be delighted he has put a second record out so quickly.  But, there will be some people who have not discovered him yet and will get into the music through this new album.  I would expect to be selling two Jake Bugg albums in the first six months of next year,” adds Rose.

He and others would also argue streaming services such as Spotify are also doing their bit to promote the album format.  “The focus of streaming services may be around creating your own playlists, but they are a great way to discover albums,” says Rose.  This has meant there has been real take-up of albums when the complete back catalogue of artists has been uploaded onto services.

But, the real test of the albums’ relevance in 2013 is whether artists still want to make them and, as Rose points out, most artists still feel passionately about creating the body of work which an album represents, even in genres like dance which may be thought of predominantly track based – a glance at the shortlist of this year’s Mercury Music Prize, carried off by electronic producer James Blake, being a case in point.