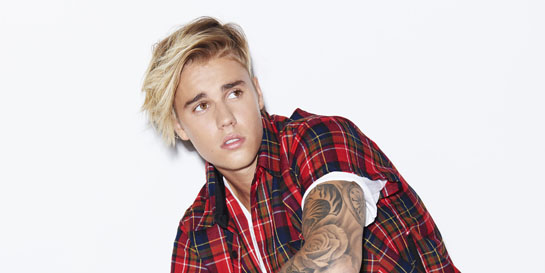 Justin Bieber is odds on favourite to win this year’s unique race for Christmas Number 1, which steps up a gear on Friday December 18th.

For only the fourth time in British chart history, this year’s Christmas Number 1 will be announced on December 25th itself following the move of the chart from Sunday to Friday this summer. With sales and streams being counted up to midnight on Christmas Eve, BBC Radio 1 will be counting down the festive chart in a special Christmas show from 10am – 1pm on Christmas Day.

The race is looking especially open this year, although Justin is currently in pole position with not one but two tracks – Love Yourself and Sorry. It seems inconceivable that he could clinch a Christmas one-two, but the bookies are confident enough that he is going to emerge on top of the pile that he is currently a short-priced 8/13 favourite.

Others in the running are X Factor winner Louisa Johnson, The Lewisham & Greenwich NHS Choir and the Star Wars movie theme.

A full list of all Official Christmas Number 1s are available HERE.