Lewis does the double at memorable Brits 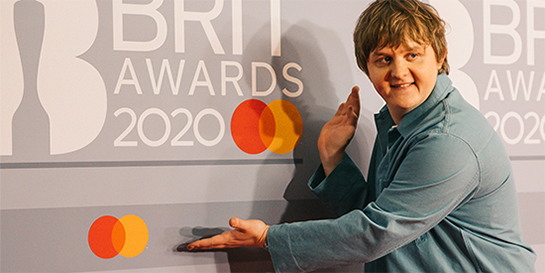 The 2020 BRIT Awards will go down as a memorable one for the Universal Music family, not just for the widely-celebrated overhaul of the show but also the collection of six of the 10 awards alongside a range of standout performances from Mabel, Lewis Capaldi, Dave, Billie Eilish and Celeste.

Polydor’s Mabel opened the show with a high energy performance of Don’t Call Me Up before taking home the award for Best Female Artist where she paid tribute to her mother, Neneh Cherry, who was a double BRITs winner some 30 years ago. The label also saw their Rising Star award-winner Celeste deliver a spinetingling performance of Strange before Billie Eilish took the stage to perform the live debut of her James Bond theme, No Time To Die, backed by a 22-piece orchestra. The track has also secured the top spot in this week’s Official Charts making it only the second time a Bond theme has been number one, following Sam Smith’s Writing’s On The Wall in 2015.  The 18-year-old pop icon has already written herself into the record books by being the youngest artist to record for 007.

It turned out to be a unforgettable night for Virgin EMI’s Lewis Capaldi who secured a double win for Best New Artist, and Best Song for his huge single Someone You Loved which he also performed on the night.

The final award of the night went to Dave who collected Best Album for his chart-topping debut album, Psychodrama. In doing so he became only the second act ever to win both a BRIT and the Mercury Prize for the same record, following in the footsteps of the Arctic Monkeys who did the double in 2006/7. The 21-year-old also delivered one of the night’s standout moments with an extended performance of Black which Music Week report has led to an almost 2000% rise in streams of the track.

As the ceremony drew to a close, a VIP crowd of artists, actors and influencers headed to the Universal Music after-party at The Ned. The party, which was previewed by the BBC earlier in the day, featured guest DJs including Virgin EMI’s Jack Pates and Laura Arowolo, Mel C, Alex Boateng, Jax Jones, Polydor’s Manny Norte and many more.