Sam dances into 2019 with Normani collab 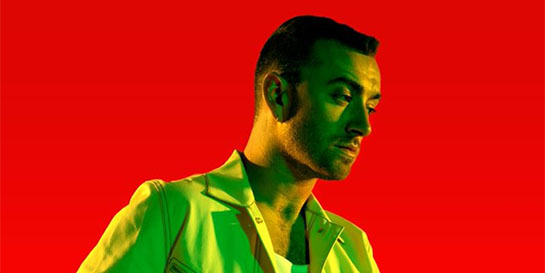 After a huge 2018 for both Sam Smith and Normani, Capitol are starting the new year with the release of their joint single, Dancing With A Stranger.

Since the release was announced last Friday, Capitol have been encouraging fans to pre-save the track, teasing the music video and single artwork on socials and arranging a huge billboard takeover at Piccadilly Circus.

The team began warming up the fanbase with hidden clues in one of Sam’s Instagram posts - on a shelf behind him there were books titled ‘Normani’, ‘Dancing With A Stranger’ and lyrics from the track. The post had eagle-eyed fans in a frenzy and quickly prompted speculations of a possible single.

The collaboration, a slice of R&B infused pop, came about through an encounter for the pair in a studio in LA and follows a stellar past year for each of them.

Dancing With a Stranger is the first new music from Sam in 2019 and comes hot on the heels of Promises, his global hit with Calvin Harris which stormed the charts last summer, spending six weeks at number one in the UK.

Sam has spent the past year touring the world following the release of his sophomore album The Thrill Of It All, selling over 1m tickets across100 shows. He will be flying out to South America this spring for Lollapalooza before heading over to South Africa for a string of shows in Cape Town and Johannesburg.