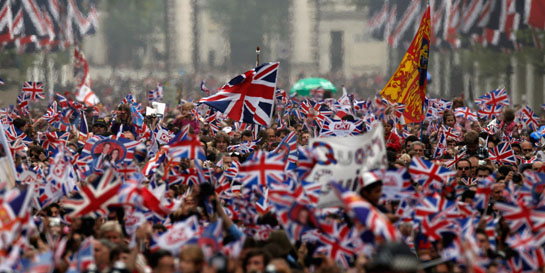 Universal Music’s connection with the Royal Household began back in 1981 when our then parent company PolyGram distributed the official recording of Prince Charles and Princess Diana’s wedding on behalf of the BBC.

In 1997 Decca once again worked with the Royal family to release the recording of Diana’s funeral. The Royal Household wanted to approach Prince William and Catherine Middleton’s wedding day in a very open manner around all areas of merchandise, online presence and communication. The idea of having a product that could be shared with the public quickly after the wedding was something we were eager to do, so the idea was suggested. Clarence House gave us the nod of approval and we set out into the planning stages.

One of the first things we did was to sit down with the team from Clarence House to discuss the logistics of working with the many people involved, particularly the BBC. It was a cast of thousands but a team that were excited and committed to the task at hand to make a small part of music history.

We were all acutely aware of the responsibility that had been placed in our hands. I had the great honour of being part of the team there on the day to put our careful planning into action.

Days before the big event the technical team set up shop in the broadcasters’ area at Westminster Abbey. The Decca truck was squeezed in amongst broadcasters from across the world in preparation. On Thursday, the day before the big event the recording team, myself and Dickon Stainer, President of Decca Music Group, took our seats in the truck for a full run through, the only time we would be able to trial run our systems and processes. Everything went well thanks to the hard work of everyone in the planning stages.

Within the broadcasting compound on the morning of the ceremony I was stood in line to make a cup of tea. In front of me were Andrew Marr, Ed Stourton and Fiona Bruce from the BBC and behind me was an armed police officer. It was a very strange moment.

Recording began at the moment the Queen arrived at Westminster Abbey and the recording light went off at 12.15, when the newly wed couple left the building. The unmastered music on a memory stick was taken by Dickon at 12.20 who sprinted from the truck at the Abbey to meet our pre-arranged courier. The stick was delivered to the production unit in Hammersmith where it was edited, mastered and uploaded to iTunes and the relevant sites. The minute that the photos were taken and processed by the Press Association they arrived on my laptop in the truck. We watched the balcony kiss live on the television and less than 60 seconds later we received the finished artwork. I’ve never seen anything like it.

Over six months of preparation came together in perfect harmony to make The Royal Wedding – The Official Album, complete with completed artwork of the famous balcony kiss, the quickest mastered and uploaded album available on iTunes ever.

It was an exciting day and we were able to enjoy the ceremony in a way that we knew no one else in the world was enjoying. Through the blessing of technology we have been able to deliver a fantastic album for to help relive what will be remembered as one of the most important days in history. I feel honoured to have been part of such a joyous moment and I send my thanks again to everyone who worked on this project and made it such a success.

£1 of every sale will go toward the Princes foundation and a minimum of £250,000 will be donated.

The Royal Wedding – The Official Album is available from iTunes here. 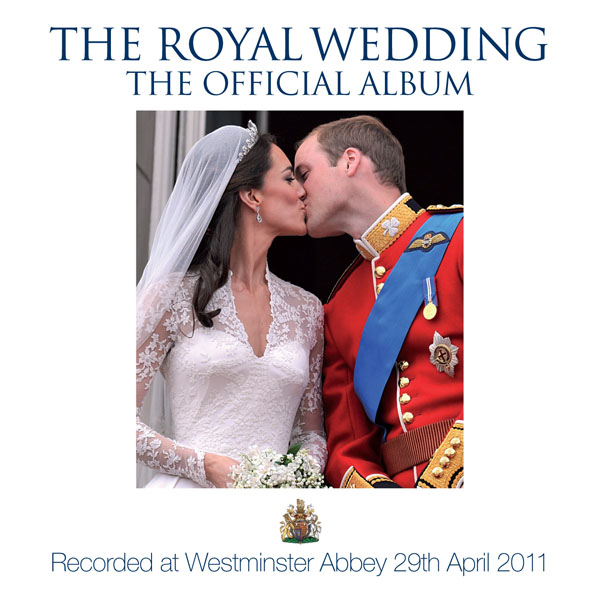