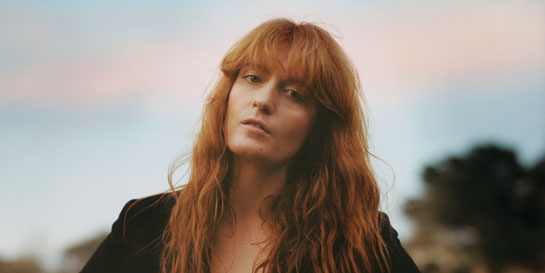 It’s been a week of recognition for Universal Music artists on both sides of the Atlantic, with the company’s artists leading the nominations for 58th Annual Grammy Awards and winning three of the five categories at Thursday night’s BBC Music Awards.

At the BBC Music Awards, held in Birmingham on December 10th, Taylor Swift was named International Artist of the Year, Hozier’s Take Me To Church was Song Of The Year and Jack Garratt was named this year’s Introducing Act.

Universal Music performers at the Awards included Rod Stewart and Ellie Goulding, who sang her 50 Shades Of Grey theme Love Me Like You Do backed by the BBC Concert Orchestra.

In the nominations for the Grammys, which are held in Los Angeles on February 15, the three most-nominated artists were all from Universal Music family: Kendrick Lamar (11 nominations), Taylor Swift (7) and The Weeknd (7).

Island’s Florence and the Machine received seven nominations, including nods for Best Pop Vocal Album for How Big, How Blue, How Beautiful, Best Pop Duo/Group Performance for Ship To Wreck, and Best Rock Performance for What Kind of Man. Polydor’s Ellie Goulding also makes a showing, securing a nomination for Best Pop Solo Performance with her chart-topping hit Love Me Like You Do.

Brit James Bay received three nominations for Best New Artist, Best Rock Album with his debut Chaos And The Calm and Best Rock Song for Hold Back The River. James Bay is the biggest breakthrough artist of the year in the UK where Virgin EMI is his label home.

Asif Kapadia’s Amy – The Girl Behind The Name, the Universal Music-produced documentary about Amy Winehouse, has been nominated for the Grammy for Best Music Film.

Elsewhere in the film world this week there were two nominations for two Universal Music artists for the forthcoming Golden Globes. In the Best Original Song – motion picture category there are nominations for Ellie Goulding’s Love Me Like You Do (Fifty Shades Of Grey) and Sam Smith’s Writing On The Wall (Spectre). There is also a nomination for the forthcoming Decca soundtrack for The Hateful Eight in the Best Original Score – motion picture category.