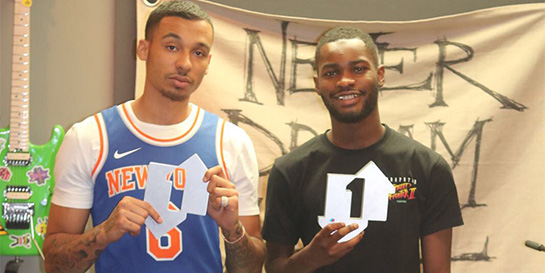 Dave has smashed chart records this week with new track Funky Friday, as the first UK hip-hop artist to achieve a number one.

Following the track’s release by Neighbourhood/Universal last Thursday, Dave has reached new heights and sits alongside Drake as one of only two artists to debut at number one in 2018.

His first new track in six months, Dave’s collaboration with fellow rapper Fredo has topped numerous playlists and its accompanying cinematic music video has notched up over 3.2m YouTube views.

Dave, the 20-year-old who earlier this year became the youngest winner of the Ivor Novello Award for Best Contemporary Song with his politically-charged track Question Time, will be embarking on his European tour next month. He told OfficialCharts.com, “I’m speechless right now. I just want to say thank you to everyone that’s helped us get this Number 1. I can’t even explain to you how grateful I am.”