Mabel is set to deliver on High Expectations 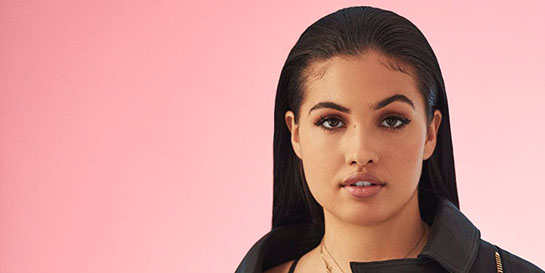 With more than 500m global track streams across a string of hits, Mabel is set to release her debut album for Polydor on July 12.

One of the most-anticipated debut albums of the year, High Expectations features her breakthrough hits including Finders Keepers, One Shot and latest single Don’t Call Me Up. The twice-Brit-nominated singer and songwriter revealed the record’s striking artwork and full track listing last Friday, the day she performed Don’t Call Me Up on The Graham Norton show. The self-explanatory title reflects an empowering, uplifting and disarmingly candid album with Mabel writing about young love, identity, girl power, and mental health.

Mabel – who released her debut single Know Me Better back in 2015 - has already sold over 3 million singles in the UK across two platinum, three gold and two silver releases. She has made her Billboard Hot 100 debut with Don’t Call Me Up, which also spent eight weeks in the UK Top 10, peaking at number three.

The rising star has a sold-out Brixton Academy under her belt and is set to play various festivals over the summer including Parklife, Reading and Leeds, SW4 and Sundown. Mabel is also supporting Khalid on his UK tour in September, where he will be performing three nights at The O2 Arena.