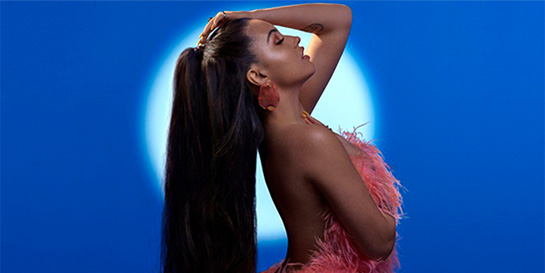 The wait is finally over for Mabel fans as she delivers her debut album High Expectations today via Polydor.

The 23-year-old breakthrough star already has the biggest selling UK single of the year by a British female artist with her smash hit Don’t Call Me Up – clocking up over 800k UK sales, 500m global streams, Top 5 European airplay and reaching the top 15 in the US Top 40 airplay. She has also racked up 1bn streams globally across all tracks with over 3.5m singles sold in the UK.  The follow-up single Mad Love is Mabel’s third UK Top 10 with 100m streams globally and counting.

The Polydor team have pulled out all the stops for High Expectations by curating a packed week full of exciting TV, radio and live performances which included an album preview event with Spotify on Tuesday at Notting Hill Arts Club for Mabel’s top listeners where she performed an intimate set of songs from the album.

Last night she celebrated the album release with a star-studded launch party at Annabel’s sponsored by YouTube and Badoo. The campaign’s momentum will carry into the next week with Mabel appearing on The One Show on BBC1 as well as an appearance on Radio 2 where High Expectations will be album of the week.  She is also on the cover of The Sun’s Something For The Weekend. The jam-packed campaign will then continue with BBC Breakfast, Live Lounge and Capital Breakfast appearances all confirmed.

Polydor’s head of marketing Stephen Hallowes says, “We’ve been working with Mabel for four years and it’s been incredible to watch her grow and flourish, from the initial excitement and buzz of her first ever single, to conquering the UK, to now starting to conquer the world.  The release of High Expectations is the culmination of a lot of work from her and her team, but also feels like just the beginning of what will be a very long career.”

Mabel will hit the road with a 24-date UK and Europe trek kicking off at Dublin’s Olympia on January 29 before heading to London’s Eventim Apollo in February.