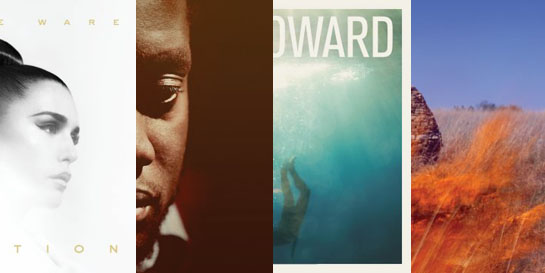 The nominations for the Barclaycard Mercury Prize threw up a few surprises - and the faint whiff of controversy - but largely underscores the huge depth of talent and rich styles that British music currently boasts.

Let’s get the bumps out the way first.  Kate Bush’s omission from the 12-strong shortlist unveiled earlier this week is a shame.  Her late 2011 album, 50 Words For Snow, has been widely admired and critically acclaimed.

And it’s not as if the list couldn’t do with another female nominee; only two women, Island’s Jessie Ware, whose debut Devotion was released just a few weeks back, and Lianne La Havas made the final cut. That aside the nominations (see below), which have come slightly later this year - in 2011, nominations were announced in July so presumably more albums have been eligible to qualify, are very strong.  They include four Universal Music artists:

Despite the longer lead time and other changes this year - increased TV coverage and a new venue for the awards (it will be held at the Roundhouse in Camden) - the Mercury Prize remains true to its roots and has not diverted from the founding principles of always celebrating quality, not necessarily quantity of sales.

Simon Frith, chair of the judges, stressed this at the Hospital Club nominations launch earlier this week. “The sheer range of music celebrates the abiding ability of British musicians to find new ways to explore traditional themes of love and loss while making an exhilarating soundtrack for life in 2012.”

And Frith is right.  Early bets have been going the way of Richard Hawley, Plan B and Alt-J, but this year the prize looks like it is going to be wide open; none of the nominees are massive blockbusters and the judges have obviously not felt pressured to reward any of the year’s really big sellers:  Emeli Sande, Ed Sheeran and Coldplay are all notable absentees.

For now Kiwanuka and Ware appear happy their work has earned plaudits so quickly.  Kiwanuka says, "You always have in the back of your mind that would be cool if you get recognised. But you can't concentrate on any of those things. You've got to just keep playing and doing your music and the rest is just a bonus."

Similarly, Ware said the motivation of making the album was to produce something that she would still be proud of in 10 years time.

But with the (two) Island, Polydor and Fiction releases comprising one third of the nominees all the Universal acts are in with a very decent shout when the prize is awarded on November 1.

All four albums went Top 10 in the album charts on release and Ben Howard’s Every Kingdom, which has been selling  for almost exactly one year, had been doing well enough without the Mercury nomination.

Howard has sold nearly 270,000 albums in the UK and the most recent, fourth, single from the collection Only Love (check the Mickey Smith directed video out HERE) has given it a recent fillip. But, perhaps it is the Michael Kiwanuka debut Home Again, The Maccabees third album Given To The Wild, which have both sold near the 100,000 mark, and Ware’s Devotion, which debuted at 5 and is nearer 15,000 sales, which have the very real possibility of benefitting from the so-called “Mercury lift”, perhaps even recording an “Elbow effect”:  in 2008 the Bury band famously enjoyed a massive seven fold rise in sales of their album The Seldom Seen Kid, just one week after picking up the Mercury Prize.

Additionally, the Home Again singer, who keeps interest in his Paul Butler (The Bees) produced album very much alive with new single Bones slated for release later this month, has already won the BBC Sound Of 2012 poll which means he has form with the critics.

However, that shouldn’t rule out The Maccabees.  Given To The Wild, released at the start of this year, is the band’s most successful release yet (debuting in the album charts at four).  Fiction released the fourth single, Ayla, from the album a few days ago and it is this kind of solid career progression that the Mercury judges often like to reward.

Last year the prize went to PJ Harvey for Let England Shake.  No one could have predicted how prescient that title was.  England has shaken this year and tossed out some startlingly original music.  Now with all wealth of gifts on the shortlist, it’s almost a crime that only one album can win the Mercury Prize.