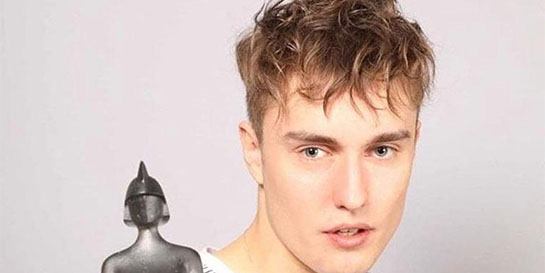 Sam Fender has been crowned winner of the prestigious Brits Critics’ Choice for 2019.

Since signing to Polydor in the summer, Sam has come to the fore through his honesty about subjects of social and generational significance, such as mental health, and boosted his growing army of fans with his debut EP Dead Boys.

The hard-touring musician, who hails from North Shields, appeared on the BBC Sound of 2018 longlist at the start of the year.

In an interview with Sky News he said of the win, “I'm very, very humbled; to be given that platform, to be put on that stage, it's such a huge thing. I really don't know how it's happened. It's mad, totally mad."

Sam was up against Virgin EMI’s Lewis Capaldi and R&B singer Mahalia for the award which is chosen by a panel of music editors and critics, plus heads of music at major radio and music TV stations. The award has predicted many future stars of British music over the last decade, including Sam Smith, Ellie Goulding and Adele.

Polydor marketing manager Karen Dagg says, “I'm absolutely delighted for Sam on winning the Brits Critic's Choice. He is an exceptional talent who will be the artist to watch in 2019.”

The BRIT Awards 2019 with Mastercard will be broadcast live on Wednesday February 20 from The O2 Arena.