Streaming added to the UK charts 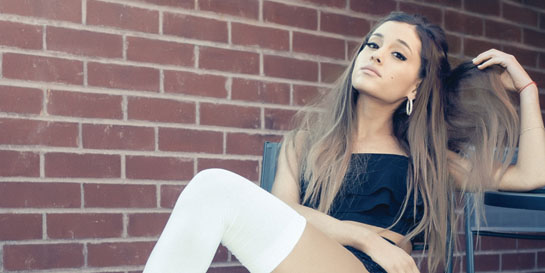 Last Sunday (July 6) marked a watershed moment in the history of the UK music charts when audio streams were included for the first time to help determine a song’s placing.

This is a significant shift in the way the singles charts are - and have been - compiled since the modern countdown began in the late 1960s.

Now streaming data, from a range of services including Spotify and Deezer, is part of the calculation - 100 streams of a song equate to one sale - the simple transaction of purchasing a single download track of music, CD single or 7” and 12” vinyl version of a song is no longer the only factor determining the week’s number one single.

It’s the most radical shakeup of the charts since downloads were included in 2005, but one that Official Charts Company chief executive Martin Talbot suggests makes them totally relevant in the 21st century.

“It’s a very big step, certainly the biggest since downloads were included,” agrees Talbot. “It is also a fundamental change because we have moved from the era of counting sales.  Where one plus one equals two and the track at the top of the charts has sold more copies than the second placed one as so on.  The era of simply counting sales has changed because this obviously adds an equation into the calculations.”

CHARTS HISTORY
February 1969 - Record Retailer and BBC start to compile charts
May 1978 - singles chart expands from Top 50 to Top 75.
October 1987 - chart announcement changes, from Tuesday to Sunday
June 1991 - Bryan Adams sets chart history when his Everything I Do I Do It For You remains at top spot for 16 weeks
April 1995 - the number of formats eligible for charts reduced to three;  this results in decline of 7 inch vinyl single
April 2005 - the first singles chart to include legal downloads
April 2006 - Crazy by Gnarls Barkley becomes the first song to top the charts on download sales alone
June 2014 - announced that audio streams will count towards the Official Singles Chart
July 6 2014 - Ariana Grande (pictured above) tops first chart including streaming data revealed

However, the move to include audio streams was one that the OCC could no longer ignore because of the direction the music market is heading and how music fans listen to, engage with and ultimately consume music.

In January 2013, the weekly number of audio streams delivered to UK music fans was just 100 million.  That number had doubled by the start of this year and is now at around 250m with Pompeii by Virgin Records act Bastille racking up 26.6million streams over the past two years alone to become the most streamed track (see below).

Although the OCC has been collecting streaming data for a couple of years now Talbot adds they have not hurried to include the data in the singles charts because they wanted to get it right.  “We’ve taken our time with this because the UK charts are more culturally important than in other markets and it is only in the last year or so that streaming has really taken off,” explains Talbot, who adds that streaming now accounts for almost 50% of the overall singles market in the UK.  He adds that means there is a contribution of between 10-15% to singles in the top 10 places depending on the track, the release date and whether it is on streaming playlists.

Bastille front man Dan Smith agrees, “I think streaming going into the chart is definitely a good thing. I think for the charts to be fair it has to reflect how people digest music.” STREAMING FACTS & FIGURES
•    streaming services contributing data to the new look charts include Spotify, Deezer, Napster, O2 Tracks, Xbox Music and Sony’s Music Unlimited and rara (both powered by Omnifone)
•    100 streams will be equivalent to one single purchase
•    since the start of 2013, the number of audio streams delivered each week has grown from 100m to more than 250 million
•    Daft Punk’s Get Lucky was the first track to achieve 1 million streams in a week
•    Arctic Monkeys is the most streamed act with 103.3m streams; the second most-streamed act is Eminem (94.1m); Rihanna is third (87.8m)
•    audio streams account for 41.5% of the overall singles market in the UK; they contribute just over 12% to singles in the Top 10 and 17% in the Top 40.

For Talbot the move to include streaming in the UK rundown is important because it confers a “legitimacy” on new services because they will now influence chart placings.  Because of this, he expects the numbers of streaming services to increase over the next few months and years and the OCC will add them to the list of chart contributors as they come on-stream.

The charts boss also suggests the publicity around this move will raise the profile of services with the public and help increase the range of choice for consumers.  Although, he suggests the day when the charts are totally dominated by streams could be a “little way off”.  He adds, “The growth in streaming and decline in downloads is hard to predict”.

But, perhaps the most significant benefit to emerge, will be to re-engage a whole swathe of music lovers who had thought their days of influencing chart placings - and checking in Sunday nights to hear the countdown - was long past.

“It means we are future proofing the charts because by including streaming it gives us a definitive count of popularity,” argues Talbot.  “But, it will also broaden the market.   The singles market at the moment is traditionally for young teens and people in their 20s and the repertoire reflects that.  However, with streaming it will include older music fans and those who pay their £10 a month and who might be listening more to album tracks. They thought their days of contributing to the chart were over, but with this it isn’t.”