Blinding Lights: The biggest track of 2020 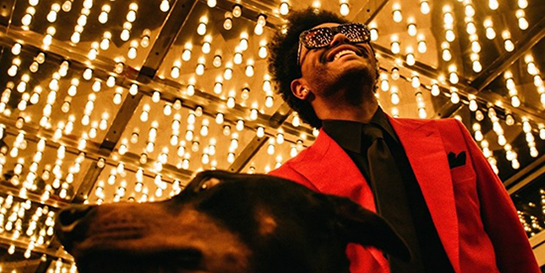 It’s official - the song that has soundtracked 2020 now has an award to prove it. The Weeknd’s single Blinding Lights has this week been awarded the IFPI Global Digital Single Award, which is presented to the world’s best-selling single of the year across all digital formats – including single track downloads as well as streams on both paid subscription services and ad-supported platforms.

Blinding Lights was the second single from The Weeknd’s highly-acclaimed fourth studio album After Hours, released via Island in March 2020. He has appeared in the Top 10 of IFPI’s Global Artist Chart in four of the last five years, and landed at number four in this year’s chart, marking his best performance to date. Over in the US, the track has now become the only song in history to spend a full year in the Top 10 of the Billboard Hot 100.

Island marketing manager Ari Ewig says, “Blinding Lights was the undisputed ‘Song of the Year’ of 2020. For the team here at Island it was extremely exciting to be a part of such a global-record breaking track. We were able to cross multiple milestones, from his first UK airplay number one in the first months of 2020 to the final months 2020 when the track was number one for an incredible eight weeks on the OCC. We offer big congratulations to our friends at Republic and XO and are proud to be part of a team delivering such exceptional results.”