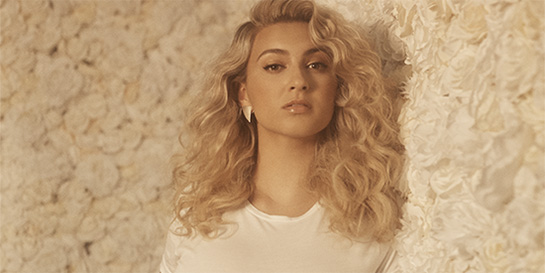 Ahead of today’s release of her album, Inspired By True Events, the team pulled out all the stops with an intimate London show at Islington Assembly Hall as well as a playback in Leo’s, an exclusive space at The Arts Club, where Tori gave attendees a preview of six tracks from the album. There was also a meet and greet for 20 lucky fans who were able to hear new music and leave with a polaroid and exclusive signed programme.

Virgin EMI’s senior marketing manager Adrian Binns says, “It’s always a pleasure to release new music from Tori and we loved having her in market last week. She’s a true talent and the new album is incredible. It’s definitely her most honest work yet and is reminiscent of the early Tori Kelly that we all fell in love with. Having her in London last week reminded us all just how much she is adored by fans and media alike. She’s a true professional, cramming a live show, an album playback, over a dozen interviews and promo with CBBC and Capital FM into two days without missing a beat. Her show at Islington Assembly was definitely a moment; a truly intimate affair with Tori performing a stripped back set to a sold-out crowd. We’re very pleased to be on this journey with her.”

Today Tori is back in the US where she will be performing on NBC’s TODAY at New York City’s Rockefeller Plaza as part of the 2019 Citi Summer Concert Series.