Urban coming back around 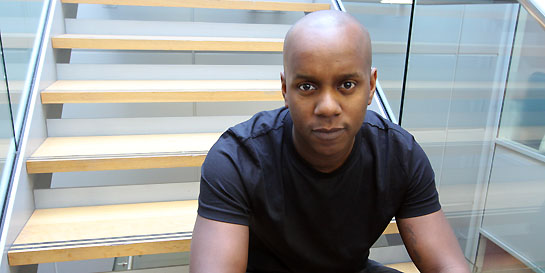 BBC London’s Dotun Adebayo on Sunday show recently hosted a roundtable featuring several kingpins of the urban music scene including Rich Castillo, head of A&R at London Records and All Around The World, Phoebe One and MC Bushkin from the Heartless Crew.

The issue under the spotlight was the current health of UK urban music and whether it accurately reflects its culture in 21st century Britain.  Listen to their discussion on BBC iPlayer.

On the back of this we caught up with Rich, who signed and worked with N-Dubz on their management team, to check the pulse of the British urban scene and uncover his tips for success.

The good news is Rich believes British urban music is in a good place right now with good representation at this year’s Brit Awards from acts including Laura Mvula, Janelle Monae and Rudimental.  “In every genre whether dance, indie or classical there are phases where they are on trend and at the moment it is dance music and house music that are popular.  But, urban is coming back round again,” Rich says.

However, he concedes UK acts some way to go to catch their US counterparts who have found global audiences.  “I’m really positive an act will come out from the UK that can do it on an international scale.  Obviously, Soul II Soul managed it, but there hasn’t been an act in recent years and the next step in the evolution is for a UK urban act to cross over globally,” he suggests.

Here Rich offers some guidance - and the pitfalls to avoid - for urban artists wanting to make it to the next level.

1. Find and tap into the excitement of the streets.  Rich says, “We try and find people who have captured an audience and section of society that totally get it.  The starting point is having that core demographic of people who get behind it.”

2. Don’t lose that, nurture it.  One common problem with urban acts is after initial success they lose sight of what made them successful.  Rich adds, “Loads of acts do something that connects with people and end up selling loads of records.  But, on the second album they’re a big star and they reach out to all the celebrity producers and writers and try and find the magic with them.  Nine times out of 10 they don’t.”

3. Get good management.  Seemingly obvious, but Rich says surrounding yourselves with friends doesn’t always go hand in hand with success and having a good relationship with a record label.  “I see artists managed by their friends a lot. But, they are often just mates who have no idea about dealing with diaries or understanding budgets or dealing with accountants. That experience is important.”

4. Make sure the songs are right.  A lot of US urban success has been built on gang culture and drug life, but Rich suggests UK urban artists need to be a bit more savvy.  “In the UK there is less acceptance for street talking and promoting drugs,” he says.  “Also, we need to be doing songs that are a broader in their reference points.”

5. Produce songs that travel.  Make sure that when mixing songs they will sound as good to ears in Madrid and Berlin.  The good news is Rich believes the UK has the producer talent to achieve this.  “There is nothing wrong with a British influence, but there can be a better balance for bigger audiences.  With Jay Z and Kanye West, the musical space they sit in works on radios in Spain, the UK and the US.”