Virgin EMI ramp up the Vamps 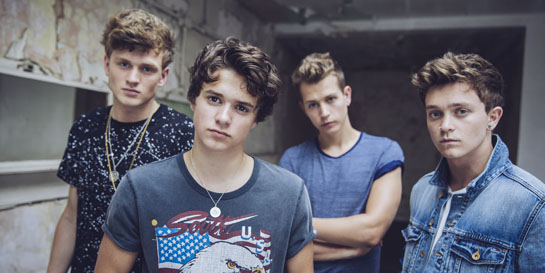 Ten million singles and 225 million YouTube views make The Vamps one of Virgin EMI’s biggest UK-signed success stories. The band, who formed two years ago, frequently trend worldwide on Twitter even if they don’t grab the biggest headlines on traditional media.

This week the British four-piece are following up their #2 debut album Meet The Vamps with second album Wake Up. Their new single Rest Your Love is being made available alongside their album, with the track’s video, which features Brooklyn Beckham, ensuring demand will be huge.

Wake Up includes 18 songs plus – for the first four weeks only - a concert DVD from The Vamps’ recent sold out, headline shows at the O2 Arena.

The Vamps will return to the arenas for another sure to be sold out run in Spring 2016. The Wake Up UK Tour will feature jumbo LED side screens and a sprawling stage across the arena floor so the fans can be close to the band, and with supports from Conor Maynard (excluding Belfast and Dublin), The Tide and Hometown. The Vamps, who are always keen to treat their fans and want to make sure that every fan can afford to come along, have made over 40,000 tickets for the UK arena tour only £9.50.