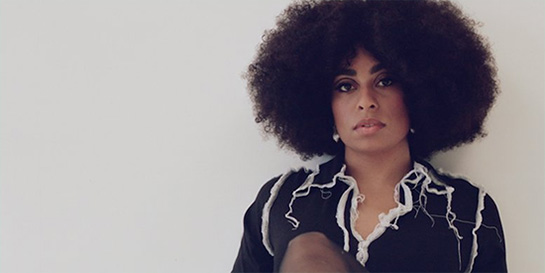 The award arrives at a pivotal moment in Celeste’s career – she’s recently been named BBC Music Introducing Artist of the Year as well as making the BBC Sound of 2020 longlist. She has also featured on the Amazon Music, MTV Push and VEVO’s artists to watch in 2020.

The 25-year-old Brighton-raised singer is entirely self-taught. She started performing music when she was 18, covering classic soul, funk and jazz songs. She has already wowed audiences and critics with her performances at festivals including Glastonbury, Latitude, The Great Escape and a range of shows across the UK and Europe, including support slots with labelmate Michael Kiwanuka.

Celeste has racked up over 700K monthly listeners on Spotify and recently sold out three nights at London’s Omeara, teeing up her show at O2 Shepherd’s Bush Empire in April 2020 which has already sold out.

The BRITs Rising Star award has evolved this year from its original name of Critics’ Choice. Since its inception in 2008, the award has successfully highlighted numerous future stars including Adele, Florence + The Machine and Sam Smith.  Celeste follows in the footsteps of her chart-topping labelmate Sam Fender who claimed the prize at the 2019 awards.