Despacito’ sets record for most streamed song of all time 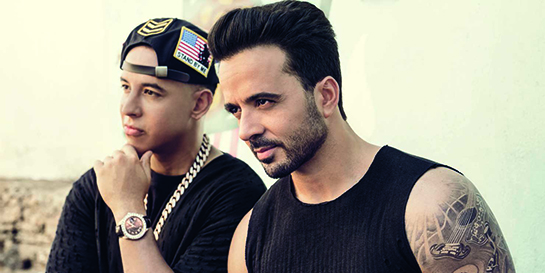 Luis Fonsi & Daddy Yankee’s Despacito (released by Universal Music Latin Entertainment, and Polydor in the UK) has officially become the most streamed track of all time, just six months after its release. Already shaping up to be the biggest hit of 2017, the song and accompanying remix featuring Justin Bieber now have combined global streams in excess of 4.6 billion plays across leading streaming platforms.

With Despacito, Justin Bieber surpasses his own record that he previously set with Sorry, and its associated remixes, which to date have accumulated 4.38 billion plays. After dominating radio, streaming, and music videos during the past six months, Despacito shows no signs of slowing, with a long line of industry accolades, achievements and records eclipsed on its unprecedented ascent to the top of the global charts.

Commenting on the milestone, Luis Fonsi said, "Streaming is a connector for audiences worldwide and it has helped my music reach every corner of the planet. It is truly an honor that Despacito is now the most streamed song in history.”

Sir Lucian Grainge, Chairman & CEO of Universal Music Group, said, “Luis Fonsi already had the undisputed, biggest song of the year – and now he’s setting even bigger records. Streaming has opened up the possibility of a song with a different beat, from a different culture and in a different language to become a juggernaut of success around the world. My congratulations to Luis Fonsi, Daddy Yankee and Justin Bieber, as well as everyone at Universal Music Latin Entertainment, Republic Records and Def Jam, on this tremendous accomplishment.”

"Streaming has democratized music consumption, it has made Latin music increasingly relevant on the charts and it has amplified our songs and videos to a world stage,” said Jesús Lopez, Chairman & CEO of Universal Music Latin America & Iberian Peninsula. “Despacito has broken every record thanks to Luis Fonsi's talent and creativity, which have positioned him as a pillar of Latin music for the past 20 years. I also congratulate Erika Ender, Daddy Yankee and Justin Bieber for their valuable contributions, as well as the different teams involved in the success of this song.”