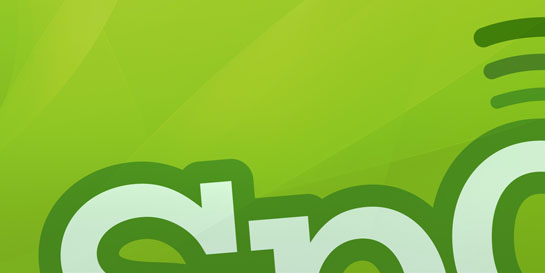 Martin Talbot, managing director of the Official Charts Company, provides an update on the recent launch of the first Official Streaming Chart.

2012 was always going to be a busy year for the Official Charts, with the 60th anniversary of the very first Singles Chart approaching in November. But the past couple of months have also seen the launch of three brand new charts, celebrating three different communities within music. One of them received a particular surge of interest from the media.

It may not seem it, but digital music is still a relatively new phenomenon.  When we were celebrating the 50th anniversary of the Singles Chart in 2002, iTunes was still two years away from launching in the UK and services such as Spotify were still six years in the future.

But the explosion in digital music has been extraordinary since. Today, we have a singles market which is 99.5% digital, an albums market of which 33% is downloads – with streaming being the newest fast-growing frontier.

According to BPI data, 2011 saw income from streaming rise by 30% to £34.7m, while our own estimates indicate that 2.6bn streams were delivered last year, with that number potentially on course to lift by 50% this year.

So, the time was most definitely right to launch the new Official Streaming Chart. The rundown is the first to count streams via Spotify in the UK, along with Deezer, We7, Napster, Omnifone and others. We are also talking to LastFM, MySpace, Rdio and ChartsNow to expand the number of services contributing to the chart.

The chart is being published every week in Music Week, on our own www.OfficialCharts.com consumer site and on the Radio One website, while we are also talking to potential broadcast licencees and hope to have a partner in place by the end of the year.

So, seven weeks in, what does the chart look like? In reality, it reflects a cross-section of music tastes, but is essentially a combination of the artists who feature in the Official Singles Chart and the Official Albums Chart. The most popular artists of this year so far are Ed Sheeran and Lana Del Rey, while last year they were Rihanna and Adele.

It is also proving a not particularly fast-moving chart. Just three tracks have held the Number 1 spot so far – Flo Rida’s Whistle (one week), We Are Young by Fun Feat. Janelle Monae (four weeks) and Call Me Maybe by Carly Rae Jepsen (two weeks), the same period having seen six new Number 1s in the Official Singles Chart.

It is a logical difference. When you buy a single, only one immediate purchase is registered for the Official Singles Chart – while the Official Streaming Chart more closely follows the activity of listening to that track, over and over again, during the subsequent weeks.

On a weekly basis, the Official Streaming Chart features the likes of Carly Rae Jepsen (the current Number 1), alongside tracks by Justin Bieber, Nicki Minaj and Tulisa, as well as album tracks when titles are making an impact on the official Albums Chart.  And there are a few curveballs too – the likes of Bon Iver, Ben Howard and Skrillex are also among the most streamed acts of the past year, despite getting nowhere near similar artist rankings reflecting singles or album sales.

We won’t be moving to put streaming into the Official Singles Chart anytime soon – there are certainly no plans right now. The reasons are many - but, for a start, the singles market is continuing to boom with total sales set to exceed 180m for the first time ever this year.

Plus, of course, we have never contaminated the pure sales-only methodology of the Official Singles Chart in sixty long years. It has been an easier decision in the US, where airplay has long since been added to the mix.

The early signs are the Streaming Chart will fulfil a useful new role – highlighting, and helping assist in the discovery of, new music. The fact is, when people stream music, either under a subscription or free (but surrounded by ads), they can experiment risk-free. There is no downside to trying out a album or artist.

And that can only be good news for anyone interested in new music.